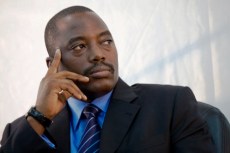 When he was 29, Joseph Kabila became the President of the Democratic Republic of Congo (DRC) after his father, former president Laurent Kabila was assassinated in a coup attempt at the height of a cataclysmic civil war. As soon as he took the reins of power, Kabila moved quickly to end the country’s civil war by negotiating peace agreements with rebel forces, and played a lead role in the signing of the historic Sun City agreement in 2002 which ended the war. Kabila consolidated his hold on power in 2006 when he won the country’s first democratic elections in over 40 years.
The DRC has the second highest rate of infant-mortality and the second lowest nominal GDP Per capita in the world, despite its immense deposits of mineral resources. But Kabila believes he can fix it all with more time; Seeking re-election during November’s Presidential elections.

In 1995, at the age of 22, Shuttleworth founded Thawte, a digital certificate and internet security company which he later sold off to American software giant, VeriSign for over $500 million, ploughing the proceeds to fund a tech incubator and venture Capital firm. But Shuttleworth is most famous for his founding of Ubuntu, a computer operating system which is distributed as free open source software. Shuttleworth is also the founder of the Shuttleworth Foundation, a purpose trust which funds individuals who are actively engaged in social change projects. The foundation identifies social entrepreneurs, gives them a fellowship grant, and multiplies the money the entrepreneurs put into their projects by a factor of ten or more. 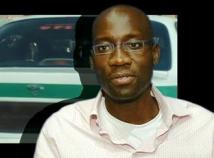 One of Africa’s most sought after business consultants, Leke, 38, is a partner at Mckinsey & Company. The brainy Cameroonian has the ear of the top dogs at multinational corporations whom he helps with strategy setting, investment decisions, corporate finance and turn-around strategies among other things. He also co-authored McKinsey’s report on Africa- Lions on the Move: The Progress and Potential of African Economies, and is a co-founder of the African Leadership Academy. In 2009, he was selected as a Global Young Leader by the World Economic Forum. In July, Munro, 38, was appointed the Chief Executive, Corporate and Investment Banking at the Standard Bank Group, Africa’s largest financial services provider. Munro was selected by the World Economic Forum as a Global Young Leader in 2009.

The son of a resistance, Malema 30, is the President of the Youth League of South Africa’s ruling Action National Congress (ANC). The Youth League wields enormous power in South African politics, and played a pivotal role in the election of the incumbent President, Jacob Zuma during the 2009 Presidential elections. Malema, its leader, remains one of the country’s most divisive and polarizing figures, frequently stirring controversy for his inflammatory rhetoric and racial slurs. Malema has been labeled by President Zuma as a future leader of South Africa.

At only 33, Mworia is the Chief executive officer of one of Centum, one of East Africa’s largest Private Equity firms. Centum has a cross-listing on both the Nairobi and Ugandan Stock Exchanges, and has substantial regional equity investments in blue chips like Coca-Cola, UAP Insurance and Kenya Commercial Bank. Mworia has been instrumental in pursuing Centum’s regional expansion into new territory like Mauritius and Nigeria.

The former Disc-Jockey was once the Mayor of Antananarivo, the capital of Madagascar. In 2009, he seized power in a widely condemned military coup, subsequently declaring himself the transitional Head of the state of Madagascar. At 37, Rajoelina is the youngest head of government on the continent. Before dabbling into politics, Rajoelina was a moderately successful media entrepreneur who owned a radio station, Viva and Injet, a successful Advertising company.

Bagged a PhD in Biotechnology from Cambridge at the age of 24; went on to work for Mckinsey & Company in Johannesburg where he helped in advising corporate clients on strategy and finance; advised the Government of Kenya on the development of the Vision 2030 project. Now 33, Gachao sits at the helm of affairs of the Nairobi Stock Exchange-listed Private Equity powerhouse, Transcentury Group. The company’s diversified portfolio is spread across sectors such as financial services, food and agriculture, energy, real estate and infrastructure in both East and South Africa.

A Mckinsey alumnus, Euvin Naidoo is the President of the South African Chamber of Commerce in America (SACCA), and is one of the most renowned advocates for western investments into Africa. As President of SACCA, Naidoo facilitates the expansion of business, trade, and investment opportunities between South Africa and the North America, with the view of promoting sustainable economic growth across the two continents. In 2009, the Journal of International Affairs at Columbia University named him as one of the 5 Faces of African Innovation and Entrepreneurship, alongside Sudanese-born billionaire Mo Ibrahim and Ghanaian president, John Atta Mills. In 2009, Euvin was selected as a Global Young Leader by the World Economic Forum
Henry
0 1 4 minutes read
Facebook Twitter LinkedIn Tumblr Pinterest Reddit VKontakte Share via Email Print