This post is inspired by the hard work of Nigerians that are making legitimate money from the internet business. I have been online for over five (5) years now, and I can boldly say that; it’s difficult to identify yourself as a Nigerian online, because when foreigners (even other African countries) hear the name Nigeria, the first thing that comes to mind is fraud.
This “bad reputation” online has made it extremely difficult for hard working Nigerians to make a living online. For the love of money; some Nigerians would eventually adopt a pseudo identity in other to blend in to the online money making system. (I am not judging their decision by any means). 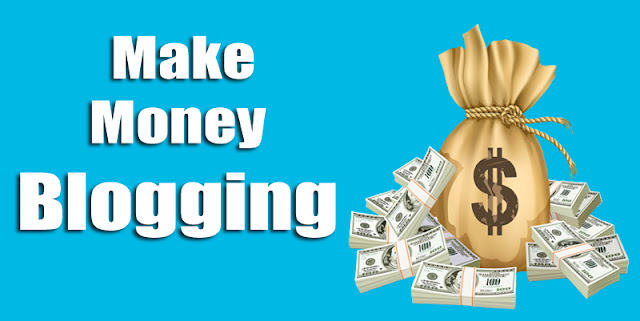 Most of the bloggers in the post started blogging when it was extremely difficult to be a Nigerian online, they didn’t adopt a pseudo identity, they stick to their guns and they are here today making decent income online in a legitimate manner.
I would not just be writing about their blog, I would share a brief history about their life and how you can be inspired through their journey as a blogger.
The names are arranged based on their blog page rank, hence there is no preferential treatment whatsoever. However, some blogs have the same Page rank, so I have used my discretion to arrange them as I deem fit.

Jide Ogunsaya:
He is the owner of Ogbongeblog He has many sources of income online, ranging from blogging to affiliate marketing, SMS business and rendering of various services.
Ogbongeblog was launched in the year 2008 shortly before Jide bagged his degree in microbiology. He dedicated a larger percentage of his time during NYSC and subsequent years to grow the blog into what it is right now.
Although I have no valid information about how much he makes from the blog, but one thing of sure of is that; he makes enough to cater for his bill.
To add to his achievement online, he created a group on Facebook called Bloggers Lab; where newbies can ask various questions on blogging and get their issues resolved by other bloggers. With no doubt, this group has been of great help to a larger percentage of Nigerian bloggers.
BE INSPIRED:
Bamidele Onibalusi:
Bamidele is not a blogger in the traditional term of what blogging is all about. He’s a freelance writer. As a freelance blogger, you’re expected to have a portfolio where you can showcase samples of your work to prospective clients; hence the reason why he started his blog.
Bamidele has been featured on several popular blogs, such as [Forbes, etc.]. He began his freelance career when he was in secondary school, and broke the identity barrier by transacting with clients from every corner of the world, even as a young Nigerian.
He’s the owner of [WriterInCharge] a blog with great resources on how to be a freelance writer and making money from freelancing.
He’s made enough from the freelance business and had to take a break from writing and focus on fishery farming for a while, but he came back and continued his business.
BE INSPIRED:
Wale Adekile:
He’s a technology freak; he graduated from Osun State polytechnic in Iree, and lived in Osogbo (State capital of Osun) for a while before moving to Lagos.
Wale is a full time blogger, a friendly and happy individual. He’s one of my first mentors when I began blogging. I have called him several times at odd hours, yet he would respond and help out with many issues.
He is the owner of [Geek] , the blog was formerly known as {doncaprio.com} But he took a total rebranding turn last year when he redesigned and changed the domain name to Geek.ng.
His love for music pars with his love for technology, and he sometimes likes to be compared with 2pacs as regards to his looks (he now barb his hair clean and keeps the goatee in 2pac style). He has a music website as well.
Don as he is regularly referred to by close associate has a flare for photography as evident on his blog and Facebook profile.
To add to his accolade, he owns the kudos for designing the O’Meal Website for Osun state government, and many other state government official website.
BE INSPIRED:
Kingsley Felix:
I met Kingsley about a year ago, and I have found him to be one of the most hardworking individual I have ever known.
He’s an undergraduate student in River States University of technology, where he is studying Computer Science.
However, Kingsley’s most popular blog (he has several blogs) does not discuss technology issue, but rather focus on health and nutrition.
Kingsley is the owner of healthable and Joda blogs. The former discuss health and nutrition issues while the later discuss technology and online business. I consider him a personal friend and we do converse on business ideas from time to time.
As a smart boy that he is; he recently launched a music streaming website. He’s a self-taught programmer and designer (one of the benefit of being a blogger).
While I have no valid information about how much he makes on monthly basis, I know well enough to ascertain the fact that money is not an issue for him compared to other undergraduates of his age.
BE INSPIRED:
Tobi Ayeni:
Tobi by name is the owner of MissTechy a technology focused blog. I knew about her blog through Nairaland, when one of her post made it to the website FrontPage. I have made it my duty to monitor the progress of her blogging career since then; I must confess that she’s been doing a great deal of work to shoot the blog into limelight.
There are many female bloggers in Nigeria; however a larger percentage of them would rather blog about entertainment or relationship. Tobi’s blog is the first technology blog owned by a female in Nigeria.
She graduated from Covenant University with a degree in Banking and Finance. Although, I can’t ascertain how genuine what am about to write in this next paragraph is, but I hope Tobi would be king enough to give a response after reading this post.
There are reports that misstechy.com has been acquired by Ex-Konga VP, (Onyeka Akumah) in addition to her African Media Works company. If the news is by anyway the truth, then Tobi is a force to reckon with in the blogosphere, giving the fact that the blog was launched early this year.
BE INSPIRED:
I was going to make a compilation of 10 Nigerian bloggers that may inspire my readers, but the post was becoming too length, so I had to reduce the list. I would probably write more about this in the nearest future. But I hope the five bloggers listed above have inspired you through their stories to go out there and be the best you can.
Focus on what matters and don’t stop focusing.
Are you inspired to start your own blog? Then read my ultimate guide to blogging.
I’d like to read your comment, so let me ask you “who inspired you the most amidst the bloggers listed above?”
Henry
3 25 5 minutes read
Facebook Twitter LinkedIn Tumblr Pinterest Reddit VKontakte Share via Email Print