Talk of industrialization and highly sophisticated economy today, undoubtedly, China is one of the leaders in the game. China, being the most populous country in the world, is a leader in all ramifications in the world today.

China has gone far technologically and she is not relenting. China are inventors of so many aids on earth today.

They work day-in-day-out to proffer solutions to nagging problems of human race. Recently, China Central Bank has proposed to launch its own digital currency. 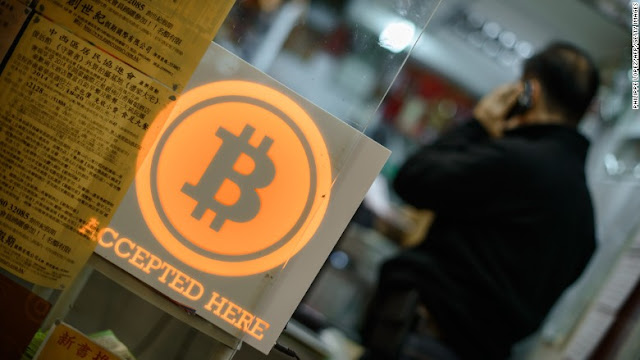 Before now, 2014 precisely, the people’s bank of China revealed that it has been studying the development and implementation of the digital currency, putting into consideration the social and economic implications especially trading to other countries.

Though, the official time of the introduction of the digital currency has not been pronounced owing to some fundamental findings on how it will fit into the society after the displacement of the conventional currency.

Bitcoin is an example of a digital currency, it was invented in 2009 by Satoshi Nakamoto, Bitcoin is a digital currency based on mathematical proof which is not controlled or regulated under any central authority but transacted electronically with very cheap transaction fee.

Bitcoins facilitate transactions without any middlemen like banks and other financial agencies. Transactions are made electronically without necessarily unveiling ones identity.

Though using bitcoins looks controversial as some party are sternly against it with a notion that it could cover illegal activities while some party strongly believe that it is a measure to enhance transparency in all transactions.

Despite the controversy, bitcoin has found a seat in China economy; China is one the largest bitcoin exchanges in the world.

If China launches the digital currency, it would help to maintain the outflow of capital and regulates transactions in a transparent way.

There are report of cases of mismanagement of fund; about $676 billion has reportedly left the country, with one-third of it is illegally lost to some unaccounted channels.

The value of the China currency, Yuan, is not really strong in terms of value as compare to other currencies.

This discourages investors, thus, making the nation’s economy dwindle.
According to the china central bank,” A digital currency could enhance the central bank’s control of money supply and circulation”.

This statement affirms the efficacy of the bitcoins. Some government are keen to adopting this new phase of exchange means.

Last year, Ecuador broke the jinx to becoming the first country to use the digital currency; Also,  in May 2015, the Nasdaq stock exchange implemented Bitcoin’s powerful transaction technology to create a more secure, efficient system to trade stocks.

Bitcoin is becoming a new trend in economic development; in case you do not know, Block chain is the technology behind the operations of bitcoins.

It is an automated computer program that processes transactions and create a perfect and reliable result for storage. It enhances transparency and accountability on all transactions involved.

How to Open Bitcoin Account in Nigeria (Step by Step Guide)