Despite elaborate efforts to sweep it under the carpet, facts have shown that a strategic alliance agreement between the Nigerian Petroleum Development Company (NPDC) and Atlantic Energy Drilling Concepts Nigeria Limited Limited (AEDCNL) has helped parties in the agreement to swindle Nigeria.

After wide-ranging investigations, The Nation’s assistant editor Adekunle Yusuf uncovers the details of the deal that set Nigeria back by about $2billion.
It is an adventure laced with shoddiness… 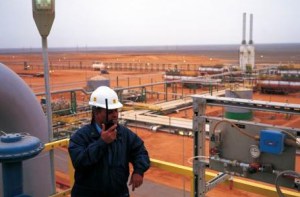 That perhaps is the most fitting silhouette for the Strategic Alliance Agreement (SAA) between the Nigerian Petroleum Development Company (NPDC) and Atlantic Energy Drilling Concept Nigeria Limited. From all available documentary evidence, the SAA, which paved the way for Atlantic Energy to operate some oil blocks during the administration of former President Goodluck Jonathan, has left the country short-changed of about $2billion, excluding hundreds of millions of dollars as bank loans and money owed to workers and contractors.

After four years of the alliance, everything suggests that NPDC and Atlantic Energy owe Nigerians a lot of explanations regarding how some oil blocks – OMLs 26, 30, 34, 42, 60, 61, 62 and 63 – were handled between 2011 and 2014, including outright theft of proceeds from all the millions of barrels of crude oil lifted during in the four years.

Like a well-choreographed movie, it all started on a measured pace. On July 19, 2010, Atlantic Energy Drilling Concept Limited (AEDCNL) was incorporated as a portfolio company. That was barely three months after Mrs Diezani Alison-Madueke, former Minister of Petroleum Resources, assumed office after her redeployment from Mines and Steel Development Ministry.
Curiously, the company changed its name to Atlantic Energy Drilling Concepts Nigeria Limited (AEDCNL) on October 27, 2011.
However, Atlantic Energy, even without prior record of successful experience in the oil and gas sector, announced that it had entered into a Strategic Alliance Agreement (SAA) with the Nigerian Petroleum Development Company (NPDC) in April 2011.

That was exactly six months before AEDCNL was legally born. In a capsule, the company that claimed to have signed the SAA with NPDC was not legally in existence when the deal was shoddily consummated in April 2011.

As unknown portfolio company, Atlantic Energy was operating from a temporary office accommodation before it opened office in 2012 at 32a Adetokunbo Ademola Street, Victoria Island, Lagos, after the NPDC fortune had smiled on it.

With the NPDC contract in its kitty, Atlantic Energy embarked on a massive recruitment exercise, poaching good hands in the oil industry, which it used to actualise its planned scheme to play big in Nigeria’s highly shady oil and gas sector.

But all that never dissuaded partners in the deal from embarking on a hot business romance at the expense of the country. The SAA covered 4 Oil blocks: OML 26 – FHN; OML 30 Shoreline; OML 34 – Niger Delta Oil, and OML 42 Neconde, all sold by Shell /Agip and Total. It was obvious that the NPDC granted the SAA in absolute secrecy without following any due process as stipulated in the government procurement laws and policy.

With the sale of the four oil blocks, in which the Federal Government owns 55 per cent, the National Petroleum Investment Management Services (NAPIMS), which oversees national investments in Joint Venture Companies (JVCs), Production Sharing Companies (PSCs), and Services and Services Contract Companies (SCs), transferred the ownership to NPDC as the upstream producing arm of the NNPC.

Although the NPDC should have paid NAPIMS a signature bonus, no payment was made, leading to a loss of asset by the federation and loss of revenue that should have accrued to national coffers.

The SAA is to enable Atlantic Energy provide fund and technical services and lift oil. Being a funding mechanism, the SAA is meant to enable the owner (NPDC) to accept its strategic partner (Atlantic Energy) to partake in the production sharing of the oil field at a fee called signature bonus, while the strategic partner is expected in return to fund the operations and provide technical support so that it can be reimbursed directly from the production in subsequent periods.

Although a good idea that is said to be critical to the survival of the country’s oil and gas industry, the SAA was obviously not managed in the national interest, for it has helped parties in the deal to embark on a stealing spree of public fund after production liftings.

Up till now, industry watchers are still in a shock over how NPDC, which is peopled with some of the best engineers and technical experts, granted the SAA to a company that paraded no track record of requisite experience in the sector – all without following any process as stipulated in the government procurement laws and policy.

Besides documentary evidence, findings within the sector showed that the deal was an unholy arrangement between Alison-Madueke, top NPDC officials and the duo of Kola Aluko, who is a known business ally of the ex-Minister, and Jide Omokore, a controversial business mogul who is a Peoples Democratic Party (PDP) stalwart, financier and kingmaker to some governors as well as many senators and members in the House of Representatives. Aluko and Mrs Alison-Madueke have denied any business ties.

Of the two promoters of Atlantic Energy, Omokore had no easily traceable previous experience in the oil and gas industry, while Aluko had. 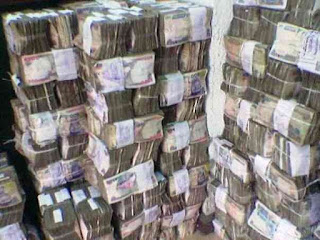 However, drawing on its connections in high places, Atlantic Energy swung into plum business, having won the hearts of those at the helms of affairs – from the ministry and the Presidency. As contained in the SAA document, Atlantic Energy was supposed to pay a signature bonus of $245 million to NPDC, but it ended up paying $135 million – no thanks to legal terminology and simple mathematics that only parties in the deal could explain.
The balance was remitted to the account of unknown people.