African kings are well respected people, with a lot of affluence and authority.
They are vested and conferred with great power, both governmental and supernatural powers.
They are treated with great deference and obeisance to acknowledge their supremacy.
They are regarded as the leaders of the community and the people at large.
It is a natural practise and one of the features of kings to live luxurious and extravagant lifestyle. They are blessed by all and sundry.
They accept gifts from indigenes, some to seek solace and government as their Normal due.
Kings are entitled to some allowances for the government or the state, they are also workers, serving the masses but in an ordeal and predestined way. They cannot be retrenched or abjured, only death can change their status.
Here are the list of five Richest African Kings and their net worth: 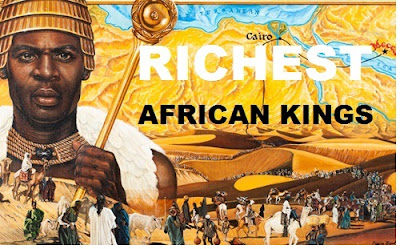 King Mohammed VI of morocco leads the mantle of the richest king in Africa. He ascended the throne in 1999 after the demise of his father; he inherited a lot of assets which are his source of wealth today.
The major source of his wealth is the Sociétè Nationale d’ Investissement (SNI), this is a Moroccan investment company, which involves stakes in a mining company named Managem Group; also, mass distribution giant Marjane Holding and mobile telecoms company Inwi. He also controls a lion share of the world’s phosphate reserves.
King Mohammed VI is estimated to worth $2 billion.
Don’t be surprised, he’s a Nigerian and a Yoruba Monarch.
This king rules over a small oil producing community in Ondo state, Nigeria.
Aside from the wealth presumed to have been amassed as a result of the oil in his community, he owns the largest tank farms in Nigeria.
He is currently the richest king in Nigeria. According to Forbes, OBA OBATERU is the second richest king in Africa.
He presides over several businesses like real estate and oil business.
He is the founder of the Obat oil. In case you don’t know, He was the first black man to buy a 2014 model of a Bentley car in 2012.  The car was specially built for Queen Elizabeth of England alone, but he flaunted his wealth and got the machine for himself too; currently, his net worth is over $300 million. He is a powerful and an astute king.
This king is a prominent king in Yoruba land, he is assumed to be the leader of all kings in Yoruba land by the virtue of the position of the Ife kingdom.
Ife kingdom is believed to be the origin of the Yoruba race and the leader, the ooni, is believed to be the leader of all Yoruba tribes.
The virtue of this predestined position of the ife kingdom in Yoruba race has made the king very powerful as well. Oba okunlade sijuwade  is the ruler of an ancient city in Osun state.
He received the staff of office as king Ooni of Ile-Ife in 1980.
He was well educated and had a degree in business administration which he studied in the United Kingdom.
After the culmination of his degree programme, he headed back home and he was employed in as a manager in Leventis Group.  He also worked as a sales executive in the National Motor before he established the WAATECO in 1964.
This company deals with the importation and sales of cars and vehicle parts. He was the owner and founder of Sijuwade Group, a prominent business empire which deals in real estate, construction, oil and gas and hospitality. The net worth of this king is $75 million.
This is one of the richest African kings, he is the founder of the Tibiyo TakaNgwane which deals in Sugar refining.
He is a promiscuous king as his love for the fairer sex is unfathomable, at age 40, he already has 15 wives and still unrelenting.
His source of wealth is multi faceted as he has several investments, chiefly Tibiyo TakaNgwane and others like dairy company parmalet Swaziland, spirits manufacturer, Swaziland beverages etc.
He is indeed a wealth king and considering his age, he’s estimated to worth over $50million.
This king is one of the prominent kings in Africa;He is the king of the largest tribe in Ghana, the Ashante, a kingdom known for its abundance of gold mines. Otunfuo Osei Tutu II ascended the throne in 1990, when he pledged to serve as the head of the Asante people politically and spiritually in 1999.
He has pool of experience as he had earlier in his life worked in both private and public organization in the United Kingdom and Canada before returning to his country in 1989 to take up the traditional leadership mantle.
He is the founder of Transpomech Ghana, this company deals with the provision of various mining equipment to various big industrious companies in Ghana. He is a wealthy king with an estimated worth of $10 million.
These are the richest of all African Kings with their individual source of income, it is observed that these kings have private businesses they established before and after resuming office of the king of their respective communities, aside from the rights and gifts they receive from government and other citizens.
Henry
0 1 3 minutes read
Facebook Twitter LinkedIn Tumblr Pinterest Reddit VKontakte Share via Email Print

Lists of Richest Billionaire in Nigeria