The American Dream is the quintessential ideal for most Americans.
Achieving the luxurious life can be a hard and difficult road, leading most people to believe it’s impossible and will simply remain just a dream. In 1981, one married couple made that dream a reality.
For Jin Sook and Don Chang from South Korea, the sandy shores of Southern California were where they chased their dream of becoming American millionaires. Although the odds were against them, they persevered through adversity and became Forever 21. 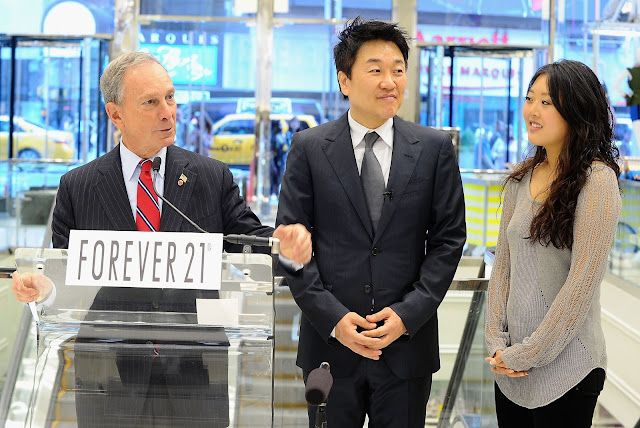 They were in their mid-20’s, could hardly speak a lick of English, didn’t have any money, and neither had formal education beyond high school. The decks were stacked highly against them and there were a few cards missing. Chang worked menial jobs for several years in the hopes of finding the one opening that would make them rich. Along the line, he worked as a barista, a custodian, and as a gas station attendant. There, at the gas station, he would make a life-changing epiphany, and it wasn’t that he had made a terrible mistake.
On a particular day while pumping gas, Chang observed a peculiar and specific trend about the people who drove the best cars through the lot. “(They) were all in the garment business,” Chang said back in 2010 on the subject of his humble beginnings.
This one peculiarity would be the catalyst that would spark a revolution in his life.
After this brief understanding of just how profitable the clothing industry could be, Chang took a chance and invest all of his money into building his first store.
Chang’s company was about the size of a New York City apartment, approximately 900 square feet.
For 31 years ago in that little space, Chang opened his first store called Fashion 21, which was odd considering that at 21 most of us dressed rather poorly. Yet it was the beginning of the dynasty that would become the Forever 21 Empire.
Chang got a good deal on his location due to its small size, and the previous tenants had seen their business go under in a short period of time. The plight of the past owners was an inauspicious omen for sure, but it would not discourage Chang from pursuing his dreams.
The former business’s shortcomings would not be shared by Chang; he raked in nearly three-quarters of a million dollars in just the first 12 months. After that first year was done, Chang realized what a cash cow the store could be and they started plans for expansion.
The expansion of the newly christened Forever 21 stores was rapid, and new locations started popping up in malls every few months. Even though the business relies on its managers to thrive, the business is totally being managed between Chang, Jin Sook, and their family.
As of 2010, there were 450 stores, and now there are more than 600.
Chang plans double the amount with an additional 600 stores within the next three years.
This rise of success has been a great boon to the family and made them extremely wealthy.
The massive expansion has made the family worth more than $6 billion, as they are recording over $4 billion in annual sales. Keeping the business in the family has proved to be profitable, with the two daughters, Linda and Esther, in charge of marketing and branding. Chang is still the head honcho as the chief executive officer while Jin Sook is the chief merchandising officer.
Even though it has a standard hierarchy of command, Forever 21 operates in a different manner from most clothing stores. It only takes a few weeks for a design to get on.
Henry
0 0 2 minutes read
Facebook Twitter LinkedIn Tumblr Pinterest Reddit VKontakte Share via Email Print