Pig Farming as become a Big Money Business in Nigeria today, with the increase in population of people in the country, there is such an increasing demand for animal protein, and pig seems to be prolific, profitable and delicious, so many people tends to consider it a good option. 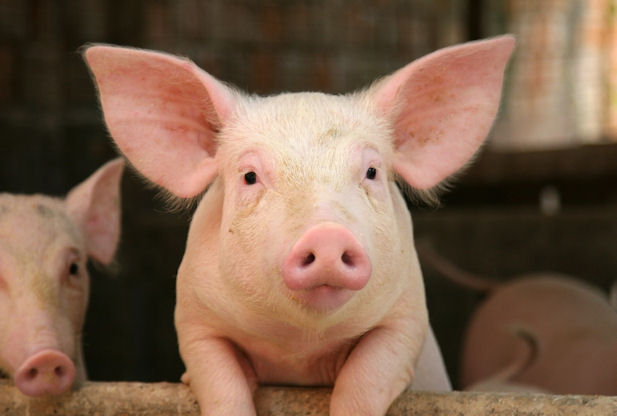 Over the years, Pig Farming as gain quality ground in Nigeria , and right now, we have a whole lot of Pig Farmers in the country, with many new young intending farmers, still willing to venture into the Business.

The Truth is, Pig Business is very lucrative, with the fact that, there is a waiting demand for the animal, that makes it even more profitable, and the selling prices of Pigs are very attractive, most farmers tend to manufacture their feeds, to ensure its the best and also they tend to spend less in feeding the animal, thereby maximizing the profit from the Business on the longrun.

You can get it cheaper in Oke Aro Pig farms (Ogun State).

There are thousands of big farmers there who in engage in different sizes of pig farming.

The largest single pig farm in Nigeria used to be the Lebanese run Kalil Maroun Pig farm and Pork Processing industry in Kanu. That was from 1943  – to around 1962.

During that time,Nigeria produced some of the largest amount of pork by one farm in the world though USA still held the record as the largest pork producers in the world due to the cheer number of different farms in the country.

The largest pig farm in Nigeria was started in 1943 by a Lebanese, Kalil Maroun founder of K.Maroun and Co.

This company was a popular Pork Farm/Processing company in the world then and was located in Apapa, Lagos. So, while the pig was reared in Kano, the actual processing took place in Apapa, Lagos.

The original intention of Maroun was to produce pork for the US military base in Kano during world war 2.

In 1959, 36,000 pigs were fattened and transported by rail to be butchered and processed in Lagos every month. Making a total of about 430,000 pigs every year.

How to take care of Pigs (Step by Step Guide)