Now, i have wanted to talk and write about this for a while now, but no time and chance, eventually i got one today.
Fortunately a boss called “Mr Fiverr” also mailed his subcriber which i am one tonight and talked about MMM so i eventually had to take some time to also address the issue tonight.
So MMM NIGERIA came on the platform just few months ago and since then till now, it as been blazing really very hot!!! 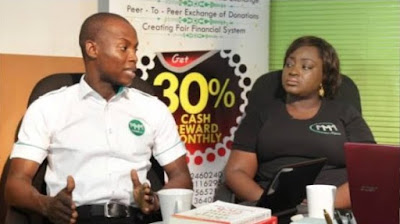 Now my point it this, I really regretted joining the scheme late too.
I was part of those who criticize the system, called it HYIPs, Called it a Ponzi Scheme, and all of that, but ne morning my friend call me and told me, his mum will retire by 2018 and she is the only source of income for the family, he been a 200L student in the university currently, pay his (over 200k plus) school fee successfully via MMM NIGERIA, Now is that a scam and how do i tell him t quit MMM, would i pay his school fee?
The second time i got another hot shock was when another guy called me from Kwara state and told me, he as made 11million Naira successfully from MMM NIGERIA.
Now this is a bigger deal, instantly, i came back alive to my real sense, i was like, Guy e be like say, you too go give MMM NIGERIA  a trial, and since my friend as always been telling me to join before, i am the one that refuses, i had to beg him to put me through while i join under him silently and don’t make noise, since i have always been a critics of the program right from time.
Now you guys see what i just wrote up there, its nothing else but the practical real and raw truth!
Now i want to address two category of people, those that criticize MMM NIGERIA and the Nigerian Government itself!
Because of late, there as been too much voices and noise behind the scene, as regard Government, trying to ban MMM NIGERIA and also enforcing an rrest of those that promote the program, that it is a ponzi scheme and all of that,
My Question is this’
Ever since MMM came on the platform, as it embezzle any money from participant or from Nigerian government or the banking system?
NO!!!
Now, we all know that like every other online and offline business, quiet a lot of risk is involve in this venture, but then, what do we do?
The participant already know that they are investing the money at their own risk, and the system also advice that people should only put in, their spared money, not their “Entire money”.
Now looking at the story of those two friends of mine, which i posted, would you still say MMM is a scam that is out to sock people’s , money and run away with it someday? This is my question for NIGERIAN Government, even though MMM came in during the time of economy recession, we found out that the system as yet done more good for its participant and they are all happy, money is coming, those that are schooling, are doing fine, business people, also have something to always fall on and make profits.
I don’t think MMM NIGERIA as commit any sin with the Nigerian government and the Banking system, also i want to say that, for those that criticize MMM NIGERIA and criticize the participants, if you can not join the system, why not leave those that can take the dare and watch them smile to the bank weekly, this is the reason why l live my life in such a way that, the audience and external opinion does not really matter to me, i don’t care whatsoever anyone feels or say, i do what  know is right and what pleases me!
If you can not invest and join MMM, then leave those that can do so, afterall they aren’t using your money.
Henry
0 0 4 minutes read
Facebook Twitter LinkedIn Tumblr Pinterest Reddit VKontakte Share via Email Print

What is Happening to MMM United?